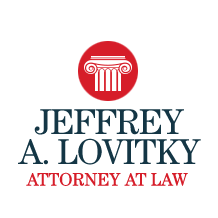 The Law Office of Jeffrey A. Lovitky specializes in both government contracts law and health law.

Disability rights litigation. Mr. Lovitky is also active in the field of disability rights litigation, having successfully brought a landmark case on behalf of the American Council of the Blind to require that U.S. currency be made accessible to the blind. Click here to review the order from the federal district court mandating that U.S. currency be modified to provide meaningful access to blind and visually impaired persons. Click here to review the decision of the United States Court of Appeals for the District of Columbia Circuit affirming the relief sought by the American Council of the Blind.

Experienced in the field of government contracts law. Mr. Lovitky has over 25 years of professional experience in all aspects of government contracting, in areas ranging from complex missile systems to maintenance contracts for federal facilities. He earned an LL.M degree in Government Procurement Law from the George Washington University. Mr. Lovitky often testifies as an expert witness in government procurement law, and has authored numerous articles for prestigious publications such as the Public Contract Law Journal.

Army JAGC and U.S. Department of Justice. Jeffrey Lovitky began his legal career as an officer in the U.S. Army Judge Advocate General’s Corps, and later served as an attorney for the United States Department of Justice in Washington, D.C. After many years of distinguished government work, he entered the private practice of law in 1989.

Publications and treatises. Mr. Lovitky has served as Contributing Editor to Federal Contract Management, and is the author of numerous publications. He has achieved the highest possible rating for legal ability and ethics from Martindale-Hubbell, the preeminent legal rating agency.